skip to main | skip to sidebar

How my kids challenged my skills this Halloween; or how to make armor from craft foam Part 3 The Final Results!

Ok so if you have followed along thus far, you've seen all of the steps I used in making this year's Halloween costumes.  I finally had time to get the kids back into their outfits and take some nice pictures in the woods behind our house. I'll post the screenshots here as well so you can see a comparison. Enjoy!! 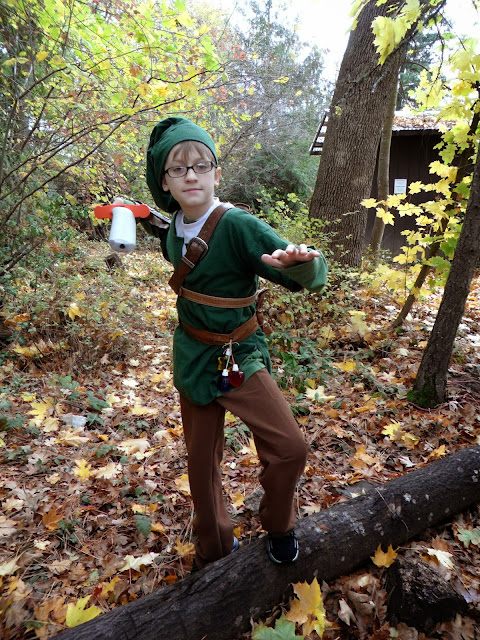 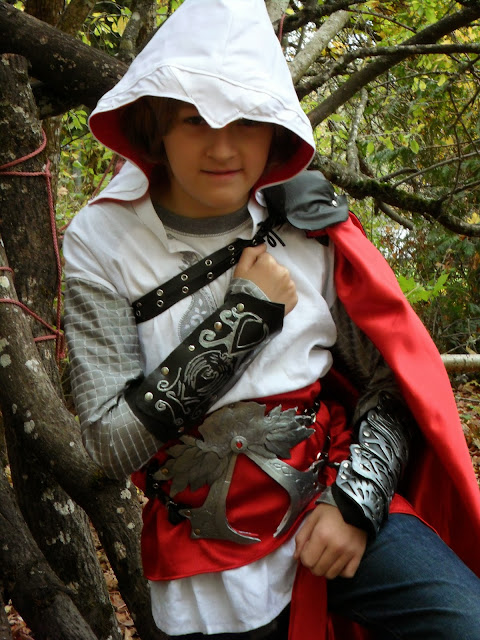 One final shot of the kids.

How my kids challenged my skills this Halloween; or how to make armor from craft foam Part 2

So we left off with Link's Tunic and Hat........I forgot to mention that I used the most awesome spray adhesive to glue all the different armor pieces and details together.

Now on to Austin's choice of character. Ezio Auditore da Firenze from Assassin's Creed II. Here is the screenshot I found online that gave a good view of the basic armor set for this character. The items that were most important for Austin were the hood, the cape, the bracer, and the belt/sash. 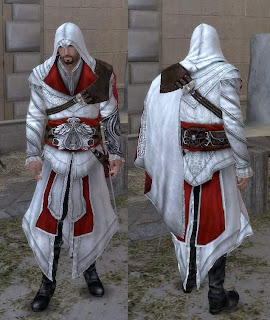 Since I was already working with craft foam for Colton and Lily's costumes I started with the belt buckle and bracer first. The bracer is from an "upgrade" armor set not the one in the picture above. The cape we chose was also an upgrade that was black with a red liner. here's a good pic of the bracer. 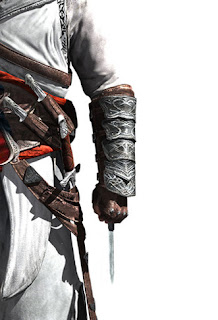 I didn't find nearly as many or as detailed tutorials online for this character as I did for Link and Zelda, but I did find some that were helpful:


Using the same techniques as the shoulder armor for Zelda, I created this bracer using the templates in the link above. 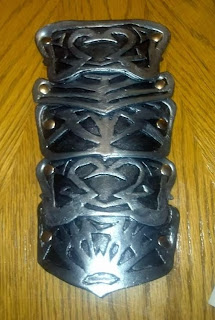 After this I riveted the "leather" part of the bracer to a piece of faux leather fabric. I tried to use eyelets to allow for leather lacing to tie the bracer onto the arm, but the eyelets wouldn't work, so I just threaded the lacing under the craft foam piece and tied it onto the arm that way.
For the second bracer I just cut a piece of foam, sealed and painted it black. Then I drew a design from a template I made off a picture I found online. I used silver puff paint to fill in the scored design. 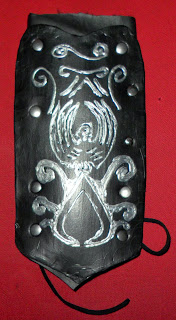 The belt piece was a lot of fun to create. First I used this picture to create a template to draw off of: 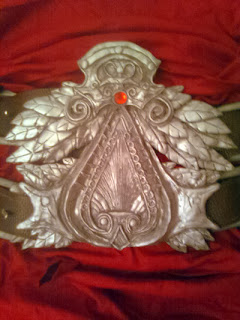 I edited it in picasa to get a line drawing I could trace by taping it up to the window. Once I had that i cut it apart and cut out the separate pieces you see in the unpainted picture of the buckle below. 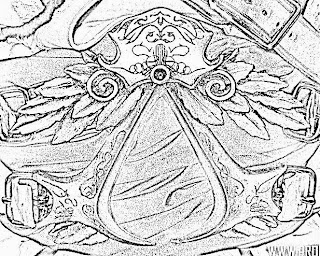 I used the same basic technique as in the second link above. I used a ball point pen in black to draw/score the details into the foam. 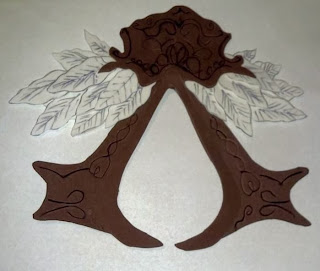 Sealing it with the same glue/decoupage mixture as the other armor I then started with a coat of black paint. Then I did a few coats of sliver paint, rubbing it out of the scored details. Finshed with a watered down coat of black to really make the details stand out and make the buckle look more like it was made out of silver metal. 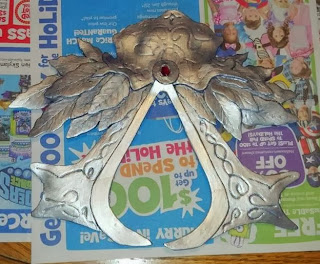 The cape was another challenge, but I found using the craft foam riveted to faux leather to make the shoulder armor allowed me to sew the cape onto the shoulder piece.  I attached the belt to a piece of red satin. Here's Austin modeling the belt and cape for me. 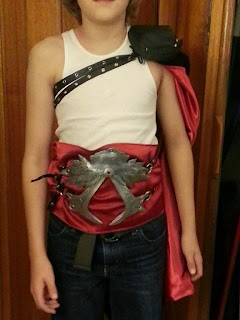 After a trial run of the costumes as the school's harvest fest, we realized that the cape wasn't as sturdy, so I redid it adding more rivets and faux leather to hold it all together. 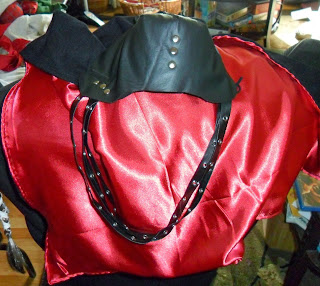 The most challenging part of Austin's costume was the hood. It is very iconic and quite specific in design. There were a number of patterns online, but when I used them the effect wasn't right. So, I decided to create my own pattern using the screen shot above.
I spent quite a bit of time taking measurements from the picture and scaling it up to make a usable pattern. I found that using heavy interfacing in the band and point around the opening of the hood gave it the same stiff appearance from the screenshot. Sadly some how the paper pattern pieces have gone missing in the chaos following trick or treating or I'd post pictures of them here. Here are the front and side views of the finished hood: 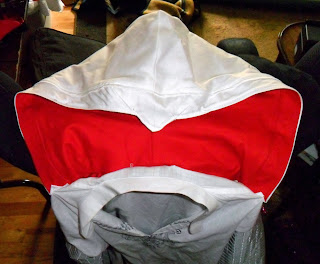 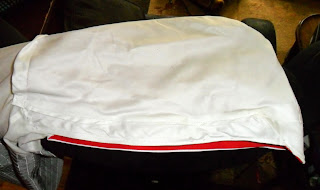 I ran out of time, so I wasn't able to finish the jacket that the hood should have been attached to.  I choose to tack it to the shirt Austin would wear instead, and I think it made a good substitution. The shirt is from last year's Legolas costume. I made it from an off the rack shirt I found at Goodwill (notice a trend here?) that I replaced the sleeves on with fabric taken from a shower curtain! 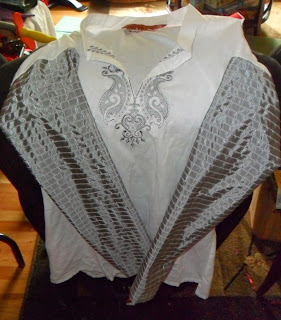 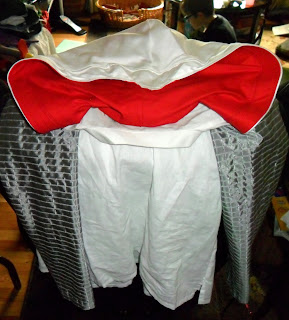 When it was all said and done I think the whole costume turned out rather well! See part three for pictures of the kids in their finished costumes!

How my kids challenged my skills this Halloween; or how to make armor from craft foam Part 1

This Halloween the kids really challenged my costume making skills!
All three kids chose characters from video games this year as their costumes. Colton and Lily wanted to be characters from  game series called Zelda. The main character is Link. An Elven like warrior. Zelda is the princess. Of course having played the game in my twenties I figured, sure no problem!! What I wasn't aware of when I first agreed to this scheme was that in the specific incarnation of these characters that my children wanted to be Zelda wears jeweled armor! Here's a screenshot of Lily's chosen character: 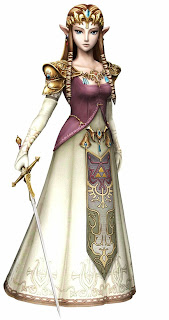 So, after I see this, Colton says to me, "Mom, I'm not sure you can do that!" Hahaha!! Challenge Accepted!!! Colton's chosen character of  Link also has leather bracer and a very specific looking hat. Here's a pic of who he wanted to be: 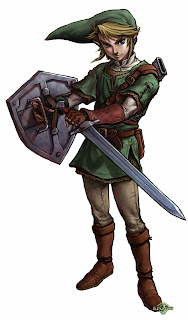 So off I go to the internet to see if I can figure out how to make armor. Thankfully I found some amazing tutorials on http://www.deviantart.com/ ! While doing research for these costumes I was awed by the amazing talent out there in the cosplay world! Here are just a few examples of the posts I used to guide me in my quest for realistic looking costume armor and accurately depicted clothing:

So, after what seemed to me like days of research I bought the supplies and got to work! I started with Lily's armor because it seemed like the most time consuming of the two.
Using the templates I found I cut out and formed the base pieces of the Zelda shoulder armor: 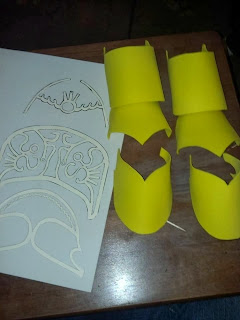 I think it is so very cool that you can heat up the craft foam over a range top burner and get it to hold a form!!
After laboriously cutting out the detail pieces with an x-acto knife and gluing them to the base pieces I painted each piece front and back with 2 coats of Elmers Glue all mixed with some water and a bit of glossy decoupage. Then after that was dry I painted them gold using artists acrylic. 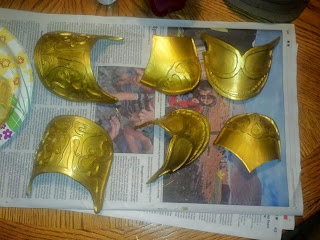 Then after two coats of gold paint, I rubbed a bit of watered down black over them to take down the "shine" a bit and make them look more like real armor.  I did the same with the chest piece and added beads that were part of a necklace I found  on clearance at a local accessory store. I used wire to help keep the top of the shoulder piece in the shape required and also to create loops to attach the chest piece to. Here's Lily trying on the finished shoulder/chest armor: 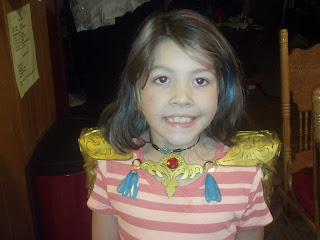 Following all the same steps I made her crown that I attached to some 16 gauge copper wire that I bought at the hardware store (it's WAY cheaper there than at a craft store btw). Here's the finished crown: 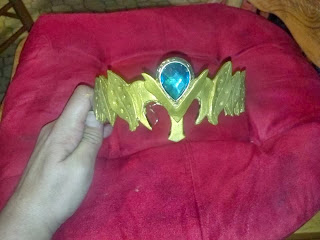 I found a long brunette wig at Goodwill and restyled it to match Zelda's hair style as best as I could. I think it turned out pretty good! 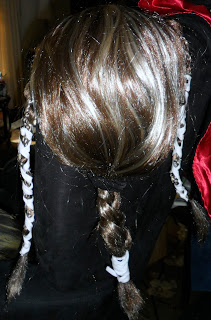 For Link's bracer I had to create my own template from pictures off the internet.  Then, I followed the same process but instead of painting it I stopped at the glue/decoupage step because the finished piece needed to look like brown leather, and the craft foam was already brown. 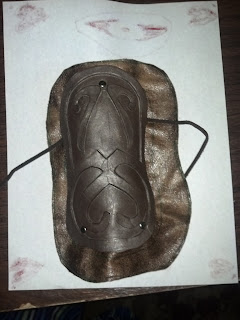 For Link's hat and tunic I found great patterns online. The tunic was amazingly simple to create using one of Colton's t-shirts in order to get the basic shape. 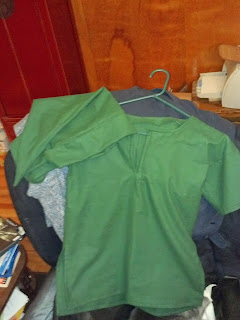 Using a fake leather purse I found at Goodwill and an old belt I created Link's sword belt and his inventory belt. I also bought sand art necklaces and filled the bottles with colored water to make his potions. 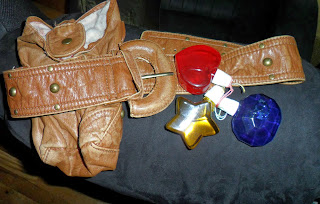 In Part 2, I'll go over what I did to create Austin's costume and post the final results!

Promote Your Page Too 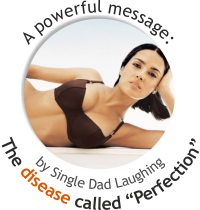